Cured meat we can believe in.

Is there any way I can hold the Republicans accountable for the last eight years of ass-hattery and support America’s favorite cured meat at the same time?

– A Concerned Voter With Some Disposable Income 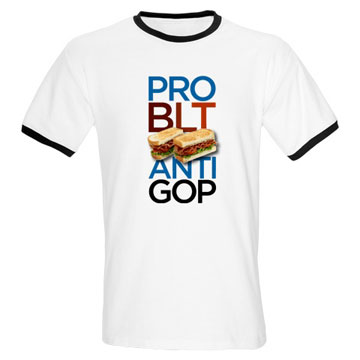 This is the front of the shirt. Awesome, I know. 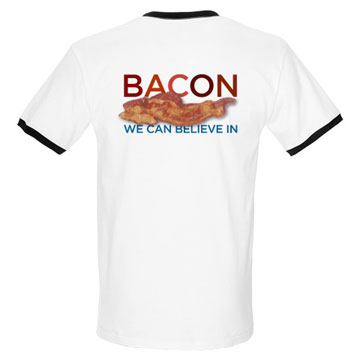 In this historic election year – it’s a sandwich we can believe in.

*Profits will be donated to Obama For America.